But using Facebook groups for business still has a long way to go in terms of finesse and the way you use it to it’s best advantage. It’s another area where people seem to think suiting up with a spiel is the beginning and end of where marketing lies.

It’s never going to be that simple.

As a Facebook Group user and administrator, I’ve seen it all. Mistakes to downright rudeness, attempting to call the shots and brawling are commonplace. But it doesn’t have to be the norm. Don’t ruin a prime opportunity to network effectively. 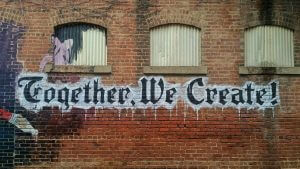 Mistake 1: Getting the admins offside

Running Facebook groups takes a lot of volunteer energy and spare time on the part of the admin and moderation team. That’s why it’s so annoying when members disrespect the admin team.

If I had a dollar for everyone that says, “but other Facebook Groups let me do it,” I’d be a millionaire. As an admin, I don’t care what someone else’s Facebook Group lets you do. I care about you understanding the guidelines and the intent of the group you are in. You can’t say to the RSL “but this isn’t the same dress code for my local wine bar” and expect them to take a red pen to the RSL rules.

You are not a 10-year-old clutching for an excuse. You’re a grown ass business owner.

It gets tiring having to re-explain why you aren’t a special little snowflake who gets to drop links and promote yourself stupid. Or get drunk or lash out and spew vitriol or tell everyone how they’re a chump compared to you when the mood takes you.

Facebook Groups are not the place for you to bully, guilt or insult people to get your own way.

The strange thing is, these kinds of Facebook Group users completely forget the idea of first impressions and jump in feet first as a problem. Trust me, you don’t want admins and moderators saying, “Bob Smarty-pants is one to watch” because it doesn’t usually improve from there. Even the other members will object.

Skirting around the guidelines and playing innocent when questioned is another over-used and annoying tactic admins hate. It makes an admin work harder to decide if you’re being a jerk or not. We’re not stupid, we can spot someone trying to skip over the line. Avoid accidentally insulting their intelligence by assuming you’ve got the new clever way to get what you want over what the group needs.

What to do instead of pushing admin buttons:

Facebook Group admins are your allies. It pays to make friends, so they tag you in on opportunities. Demonstrate your worth. Be generous with answers. Ask to help instead of challenging.

If someone is helpful, fun and reliable, who do you think I recommend when work is available? Who do you think doesn’t get mentioned when they’re a source of frustration and rudeness?

Think of it this way- if you went to a networking event and then started insulting the organisers in front of people and demanding to sell dolphins at an event to honour transistor radios, who do you think is going to look like the giant jerk?

Here’s the thing: It’s their spare time spent helping people in the group, not yours. Anyone can look from the outside and say what can be improved. It takes a real entrepreneur to use the systems and services available to their advantage.

In short, be there to support instead of belittling the admin team and enjoy the difference.

Mistake 2: Picking fights with other Facebook Group members (even when right)

I’m terribly guilty of this with Facebook Groups so I am uniquely qualified to comment. Fighting with other people on Facebook, especially in groups, is a bad look.

The problem is that self-appointed experts (with no clue) and people who have expertise in certain areas (actual experts) are indistinguishable. This invites people to think he or she who comments loudest or the most wins. Even if you are right, if you get angry and haughty, people turn off.

That turned off person could be your next supplier, client or partnership.

When a fight starts, the fight becomes the focus. People back up their friends, search out for the opportunity to yell their ideas and it all goes to hell. Other Facebook Group members tend to back away from both sides.

Let’s face it, no one has ever changed someone else’s mind by using caps lock or insulting them online. And even the most persuasive argument still must get through a mountain of ego to get a look in.

Occasionally, you can get someone that is willing to investigate where you are coming from. Perhaps it can be an exploration of a different set of ideals. This is rewarding and something to be encouraged.

If you want to turn a disagreement or fight into a positive experience, there are a couple of things you can do:

Mistake 3: Too much sales and not enough helping out

Coming into a Facebook Group and starting with your pitch is like thrusting business cards at people with no context. It sucks balls.

Admins and moderators need to take a more active role in moving their Facebook Groups from being giant link drop off centres. But users can also play a part in creating a culture where community, not casual engagement, thrives.

Gaining trust in a Facebook Group is a 6-part process. And that trust should be gained before you lower your pants and bare your sales ass.

The best way to get your head around Facebook Groups and the art of selling is to think of it as a small village. The members of the group are like villagers. They’ve been there for ages and they have a routine. They help each other out and can be suspicious of strangers. Let them know you are on the level by joining the group like you would a community.

You wouldn’t take out sky writing and knock on every door during dinner as soon as you moved in. No one would be silly enough to hold a parade to announce you are here and expect people to stop what they are doing to pay attention. You’d probably introduce yourself, make yourself known at the P&C, help the community and give a few friendly waves first.

The same thing applies with a Facebook Group. Let your attitude, not your post, do the talking.

Facebook Groups allow people to define themselves by who they think they are in communal groups. They satiate a need to stay connected. If you declare you share the same definition and want to connect with the community, that’s half the battle.

Think outwardly in terms of what you can give instead of what you’ll gain. Be available. Be interested, involved and intrigued.

Wear the helpful, knowledgeable and community orientated parts of you on your sleeve and you’ll see just how rewarding they can be!

Are you a freelancer sick of being hammered by sales crap? Join the Freelance Jungle and enjoy the difference.

Want a strategy on how to market yourself better in and out of Facebook Groups? Get in touch now.