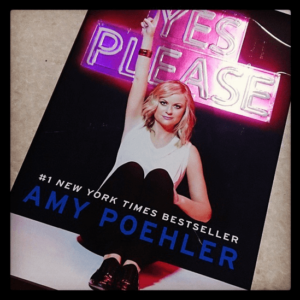 I’ve been doing a little research of late to make myself feel better. It’s revolved around asking other creative freelancers and business owners if they got to the 5 year point and felt like a wall had hit them. I even spoke to Kate Toon about it in her latest blog “You’re a success. What next?”

I guess I was sounding out to see if anyone else had that “well, what now?” feeling. You’ll understand if you too freelance.

It’s the one that makes you oscillate between doing what every other freelancer seems to do when the first 5 year brick clacks them on the head (workshops, coaching, online courses, take up salsa dancing, change their business name, get a new office space and/or a hell of a lot of crying) or consider major career changes (so far, I’ve pondered psychologist, small bar owner, marrying David Tennant, and Mongolian yak farmer. I’m sure there’s more to come.)

I was wallowing in that “Oh my god, what am I going to do with the rest of my freaking career? Are we out of whiskey?! ARGH!” moment. I was finding it so difficult and overwhelming to make a decision of any kind that I needed my (extremely patient and teddy bear-esque) partner to choose a book for me. He knows sending me to bed with a book and a camomile is about the only thing that will stop this form of existential crisis.

He picks up Yes Please by Amy Poehler off the book shelf. I drag my shabby, sooky arse to bed after much resistance.

And there I am, staring at the words written by my own chaotic, doubtful, challenge orientated, good girl brain. Only the woman on the cover compares herself to a frog (I tell myself I am shaped like a penguin) and she’s working BFF’s with the awesomely shit hot Tina Fey (mine’s a short dude with a big startup who likes vampires but I am sure he loves dressing up as Sarah Palin).

Before you think I am going to gush forth like a fountain of newly discovered devotion for another 40’s woman, I won’t.

This is not a book review or a statement of undying love. I am the only person in my group of creative freelancers who watches Parks and Recreation and finds barely a lip twitch of humour. While everyone else is enamoured, I am checking the housing market on my iPad.

The book itself (now that I have finished it) gets laborious. I feel as though I haven’t quite worked out the in-jokes and me, who doesn’t give a crap about name dropping, is further isolated on an average of every 3 pages because I simply don’t get it. Anecdotes seem to stretch a mile to nowhere at times.

What hurts me, stirs me up and simultaneously kicked me under the yellow glow of a bedside lamp into the wee hours of this morning was the frailty and delicacy. The self effacing, cock up admitting (not without qualification, mind you) beginnings of someone who has somehow managed to scoop out that “errngh!” feeling that fires the synapses of the self doubting, overly self aware yet equally determined creative brain.

It’s less a book and more a fireside chat with a friend who is better off than you in pretty much every aspect, and yet still manages to be as insecure and mental as the rest of us.

This is the feeling of all creative freelancers who give a crap about our work. We spend time being afraid of its power and bare-knuckle boxing anyone who dares to mention the little bits we are so very scared of.

Anxiety is the fingerprints all over this missive. It’s got a rambling togetherness of pendulum thinking that anxiety extols. And because I know that swing and round-a-bout combination, while the book made me want to stop a few times through disconnection, it made me hang on there.

Goddamn you, Amy Poehler! Seriously woman- what the hell?

I write for a living. Not scripts but marketing copy, websites and blogs, and social media. I hang with creative freelancers because I like to think I am taking freelancing and the work I do to new creative heights.

And I love what I do for the most part. But sometimes, it’s freaking hard to do it. Because everyone who has ever gone near Facebook or written an email that got opened thinks they can do my job.

And that bugs the hell out of me.

Mainly because when I get back the client edits, I can see a lot of hard SEO work undone. Or alien words have been inserted from some random sales seminar that makes it lose all meaning.

Or sometimes, it’s that what has come back is actually a bit better than what I wrote originally. Jerks.

It also annoys me because I have a TV show inside me (actually, I have two of the bastards, one is a comedy and one is a drama. Both are good according to my shower brain yet both struggles to get on the page) and it chaffs against me, asking what the hell I am doing.

When I was a little kid, I didn’t put up my hand and say proudly “I wanna be a freelance marketer!”

Like all writers, I wanted to write novels and films. I wanted to wear a weird hat, talk about arseholes I’ve dated and how annoying periods are in front of a beat poet audience.

Maybe I’d like some celebrity friends, too. I know it’d be great if Judy Reyes could take me arm-in-arm like she does with Sarah Chalke in Scrubs and shout “clap dammit!”, only not to a Scrubs cafeteria scene but a smoky jazz club in some super cool suburb Australia is yet to invent.

But real life keeps getting in the way. Or I let it get in my way. I run out of time regularly for the things I like to make believe matter doing the things I refuse to admit actually do.

For example, my creative freelancer brain keeps coughing up these problems:

I wish I had the balls to tell people who continuously tell me I charge too much or too little for what I do to mind their own beeswax. I have enough problems working out if I am on the right trail without unsolicited advice.

I wish typos weren’t painted yellow and shouting at me from the screen after I push publish or send.

I’d like to believe Google when they say “keep writing great content” in answer to what SEO copywriting means in the modern day world.

I ponder the manners of people who ask for meetings and proposals that can’t even send a simple “thanks but no thanks” email far too much. I mean, why do creative freelancers always have to be in a tearing rush to get you the info but clients can’t scratch up 3 mins to write ‘thanks but no thanks’?

And I’d love to skewer anyone who thinks paying $50 for a marketing blog on the end of an old fashion jousting lance via their monitor as opposed to sending them a polite email and a link to eLancer.

I climbed inside a disordered head and found a mirror

Somehow, the biggest gift from Yes Please has been realising things aren’t so all or nothing after all. It’s like if I do my homework and don’t entirely swallow my foot on a regular occurrence, things aren’t so bad.

I’m allowed to say no to the business equivalent of people waking me up on the train with the thwack of their unsolicited script. Not only because it’s my career and I don’t owe them anything. But because it’s plain rude to ambush someone and attempt to manipulate them into doing something when you haven’t asked if it’s the right time for them. Creative freelancers are professionals. We’re not desperate, hippy drop outs willing to do anything for food.

In the deep dark calm of white pages, cute photos and new book smell, I discovered that what angers me most about the freelance scene (the trying so hard to be a faux-celebrity, growing a tribe and being a personal brand) is just my demon asking why I don’t want to play the way the other children do.

I don’t want that stuff. So I don’t have to participate. Other creative freelancers do. That’s not on me. I may want a Judy Reyes clapping scene, but only in my day dreams.

Similarly, other creative freelancers don’t have to do what I do.

I’m not letting my inner writer down by getting my marketing nerd on and writing a blog. Nor am I doing it because Google likes fresh content. I am doing it because I genuinely love this nerdy, geeky stuff I do for a living and want to pull it apart, word by word, and myth by myth.

I reject the assumption I could be whoever the latest women in business crush is if only I took up video, raised my prices and stopped picking and choosing what I do. I am not your fix-her-upper Eliza freaking Doolittle. I’m me.

And if I find time for creative work, it’s wonderful. Not something I promised myself 5 years ago that I am letting myself down by not doing it now.

I want to freaking help people with my special talent – which is and has always been – to turn a decent phrase. What form that takes should be dictated by the task at hand and the 5 monkeys in propeller hats and emotionally named tee-shirts that run my brain.

What a relief to not have SEO, what everyone else is doing, business conventions, budget and revenue, other people’s opinions, new ideas that don’t suit me, keeping up with the Joneses, misconceptions from family and friends, weird emails, what ifs, personal criticism, Anthony Robbins, impending mortgages, being a grown up, the brown eyes of a sincerely confused Labrador and the incessant sound of my own grinding grey matter derail me.

So damn you, Amy Poehler

Damn you to a life of coffee orders the barista gets wrong and cutesy presents at office Christmas parties that you secretly hate but accept out of sheer politeness.

Damn you for being able to turn my head around better with 100 pages of your stupid hard to write oh look at me, I struggled but I squeezed out a book book.

You’ve given me the hail heartedness I need to resist hitting the employment section of Yak Farmer Monthly and get back to doing what I actually enjoy doing when I haven’t let someone or something else introduce a demon to my monkey-powered thought factory.

Write some freaking marketing story and get my giant freelance geek arse on.

Maybe your book won’t be something I read again. Maybe I didn’t really gel with the rest of the story.

But thank you for at least shining a light on how weird and awkward it feels to be creative in a world where everyone is trying to be so together and are actually as fortified as scrambled egg in a tornado.

I know you kind of didn’t mean to, but you did.

A girl who loves creative freelancers (and needed a gentle prod to admit it).

PS: Amy, if you’re reading this- 5ft2 isn’t that short. I’m 5ft2 and a half but headed south on the shrinking train ala my grandma. She was 4ft10 by the end. Here’s hoping your family tree has no shrinkage in it!