Who is accountable for social media behaviour (and why does it matter)?

Have you ever noticed how quickly people decide you’re an enemy, simply because you’ve failed to meet their perception of you? Can you imagine what the combination of that sentiment, creativity and social media rage will produce?

To listen to some, business is about crawling over broken glass with your friend’s throat in your right hand while reaching for the next opportunity with your left. It’s ugly and exhausting.

Part of it is a lack of individual framework and the ability to cope under pressure. Part of it can be a sense of entitlement. I encountered that recently with a woman trumpeting how terrible I am for “always getting her in trouble” after saying no to her naming and shaming people, declining to hold their live evictions from Facebook groups and generally clogging up my message box with her personal life.

My professional conduct is allegedly fair game because I took the time out to talk to her rather than bend to her will.

But it’s also that the climate we create in business is not unlike a Black Saturday sale. Everyone pushing, jostling and trying to out-run scarcity myth in a business suit built for two; their ego and their self.

People are starting to push away from Facebook. The negativity is crushing. Stripped of human connection, we remove consequence. We become hard and unhappy. Reason is abandoned in favour of rage. And people are getting sick of it.

Social media behaviour is demonstrating the worst of us on a regular basis.

Where exactly is our relationship with social media going if we’re no longer social? When we instead choose to be as cynical and as jaded as possible, it may say something about the person perpetrating the action.

But what are the wider consequences when it’s hard enough strapping the boots on? Are we in danger of shutting good people and good ideas down? Are we creating a situation where mistakes and errors are something to be punished for all time?

Since when have humans been so perfect that we ruin absolutely anything and everything that takes our fancy by commenting to the negative online?

Should the audience be so empowered that they dictate the terms of creativity? Should people outside the audience call the shots? 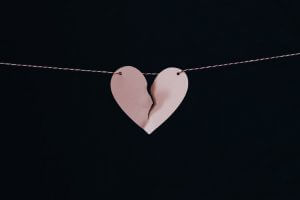 Photo by Kelly Sikkema via Unsplash

Caught up in a bunch of busyness, writers, creators and business owners are not just being encouraged to put our work online, we’re being goaded into it. We’re told that if we don’t, we’re missing out on something fundamental.

SEO, prestige, being a brand- whatever the catch cry it’s a long tug towards transparency into opaque.

Then once you’re there, do not make a mistake. Do not misstep. The internet outrage may be a 48-hour cycle, but it will melt the flesh from your bones.

And let’s not forget that everyone can have a little 48-hour crisis directed towards you of their own whenever and however they feel like it.

We ask too much.

I’m reminded of Margaret Cho trying to use her childhood abuse experiences as part of her comedy. People didn’t like it, so people decided to punish her for it. Jerry Seinfeld helps her calm waters in a do-over of her show.

How funny for an audience to like it when she talks about her vagina but not about it’s abuse. How strange people will readily accept this as part of her artist tapestry yet become upset when she uses humour to heal from and confront the issue.

Sure, it may not be the subject you would choose for date night. But are we seeing the artist or what material we’d like to pick and choose?

Yes, the material was extreme. It provoked people and made headlines.

But where is this heading? Should social media behaviour dictate the terms of an artist’s exploration of material? Should it silence women who wish to speak out about abuse?

They’ve gone from appreciating the show to wanting to manipulate it. It goes beyond the failed artist becoming the critic to becoming a situation where people want to own the content. Not to add to it or grow with it. But to destroy it and edit it to their needs.

Customisation through brutalisation and twisting of intent to suit unhappy narratives within.

It’s not only comedy or writing or film or music that is being obliterated and dissected. It’s business. It’s community management. It’s memes. It’s Jennifer Lawrence’s choice to move to activism for a while. Or pretty much any and every move anyone remotely public seems to make.

Social media behaviour is extreme. We’re not talking about people politely asking you to rethink. It’s not helpful suggestions you too can add to your work.

I get hate mail over choosing not to allow jobs in a Facebook Group. I’ve had people threaten to ruin my career over a survey link I don’t want in a group without an explanation to its members on where the research will be used.

That’s true insanity. That adults are so upset by not getting what they want, they abuse me and threaten me is not on.

Is it any wonder people are threatened with rape, murder and told to “kill yourself” when far greater affronts to internet sensibility occur?

I wonder how much tension and message and humour will be killed in the process when we seek to shadow the creator and re-write the work from within? How many great ideas will die on the vine because internet haters think it’s OK to murder confidence?

Social media behaviour isn’t something that washes off, either. You may see yourself as one dissenting voice. But a person with the remotely public profile hears a lot of your one voice all the time. It is a waterfall of the grossest, most overblown and childish attitudes you can find on the internet.

All with no consequences.

I am…doll parts (someday, you will ache like I ache)

In the #MeToo world, Courtney Love has been vindicated because she spoke out about Weinstein.  It turns out, her ability to imbue drugs and lose the plot had been grossly exaggerated. She didn’t tow the line, so Courtney, an admittedly easy target, carried the burden of speaking out.

Everyone stands and mumbles a few blogs of apology and holds her up as a heroine. Then someone shouts, “she killed Kurt!” and another pyre is lit in it’s place. She got Weinstein right, but her husband died in terrible circumstances.

Let’s swap feet and stick the boot right in instead.

When we adore the fiction and mystery too much, we become unable to see reality. It’s easy to discount the reality of a depressive junkie being suicidal in the name of grief over a beloved musician’s death. It’s easy to hate someone we’ve never met because we don’t like what they do to themselves.

Where are we exactly on the evolutionary scale? I mean, we’ve always had “I don’t know, I just don’t like her” as part of the vocabulary.

Where will we end up if we apply this as readily as we do our internet tantrums? In a world where no one has any credibility, and no one can be listened to, surely.

I’m on a road to nowhere

Humans love to rant on the internet. Yet, how much of it is productive and how much of it is simply primer for them to be a giant jerk in real life? I look at the crime books on my shelves that talk about violent offenders priming their actions and goading themselves with violent language and fantasies. I wonder why so many people can’t see the line between violent language and violent action is thin and ill-prepared for what may eventually result.

When did we become so averse to mistakes?

Where will this soak in other people’s bitterness and cynicism lead?

Is social media behaviour a primer for something far more sinister within?

How do we stop being judge, jury and executioner on creative process if someone does lose their way?

How can we better support the recovery?

How do we train ourselves to hear real messages when a character blinds our reason?

Why is it our art to hold to ransom in this way?

How much of this is valid when we’ve decided the conclusion already most of the time anyway?

What are the long-term influences on our compassion?

Why aren’t more people frightened by what is happening in the internet playground as the bullies take over?

The reality a creator must battle

Everyone else is drinking rum and punching on because that’s the way people on the internet loves to deal with creativity.

I mean, being under-paid, under-valued and needing to be dead in some fields before anyone takes any notice should be the reasonable response to all creative talents. Especially ones that require careful study, deliberate practice, expensive gear and next to no chance of translating into more than the odd hot meal in economic return.

We should of course discount the blazing self-doubt and the hours spent perfecting craft. Remove the idea of stigma from our minds and recognise that creativity requires yet another foe.

Beyond battling poverty, misunderstanding, abuse, crippling self-doubt, a sincere lack of time and high costing professions, creatives should also be expected to suit up and fight the jerks of the internet.

If you’ve ever wondered how we got to Donald Trump, you clearly haven’t been to a Facebook page where trolls love heckling. Here are people genuinely convinced that their snappy one liners and acerbic comments demonstrate they are more intelligent than the next person. And are therefore qualified to skull-f*ck anyone that dares step on their internet bridge.

But let’s remember that it’s not their arse on the line with a few gentle reminders:

Mostly, the person that is accountable for you is you.

Not the person that is not brave enough to leave an email address when she comments on your blog. Not the person that demands a refund because their tongue is spongy. Or who thinks you need to drop this, this and this from your repertoire and introduce something more “normal” instead. Or the person claiming no offence who is clearly offensive.

If I can sleep at night when I do what I do the way I do, why is it up to me to ensure you’re not quite so angry about me existing anymore?

I am accountable for the work I produce. But I reject the notion you’re allowed to hate me so much that you stop me from doing something I love. Now that we’ve got that established, can we just get creating?