The plainest truth about entrepreneurship you’ll ever hear

Australians kind of suck royally at being happy for people. It mixes badly with entrepreneurship. It means there’s always someone with an opinion as why you shouldn’t do something far more than when you should.

It’s tough when you’re fighting against a bunch of things to get your dreams started, crippling self-doubt, well-meaning family and friends that don’t always understand. It’s tougher still when you must fight against dour cultural cringe, in-built cynicism and a whole lot of scarcity myth.

The truth of entrepreneurship never changes. Here are some of the plainest truths we need to keep in mind 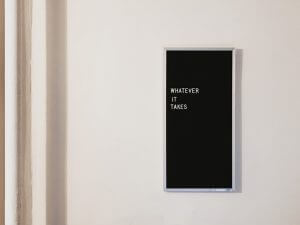 Photo by Jon Tyson via Unsplash

Who said that freelancers lack commitment or that small business means outdated? Or that startup is clueless or that large scale organisations cannot innovate?

We all have said this stuff and more. There’s self-reflection involved that makes us question validity. Plus, there’s natural human jealousy and yes, that Australian entrepreneurship cynicism again.

The truth of the matter is entrepreneurship takes all forms. If you are getting up each day with an income goal, a product or service you want to share and new ways to skin the business cat, you’re in entrepreneurship.

Hate the labels all you like. But if you’re actively putting your bum on the line each day in a business way, you’re in business. If you’re designing new products, new ideas and new approaches, you’re an entrepreneur. And you’re equal to the next guy.

You might think there’s a ranking system that says startup is more valid than freelance or that small business tops it all, but that’s bullshit you tell yourself. It’s not real.

Instead of hating on the person that has a problem they are solving, a product or service worth selling that is making money, hate on the people that use the labels.

Or forget the hate entirely.

The naïve person will always launch

It crunches even more if they are wildly successful and you’re still stuck in the mud, trying to work out how to get customers interested.

But we’ve all been that naïve person at some point.

The naivety and the innocence are a protection. The entrepreneur with less skill will always be naïve enough to put stuff out. We have to be shielded by the reality of self-awareness to be able to bare our souls in the first place.

What grows with your experience is your awareness. With that awareness, your fear grows. You start seeing other entrepreneurs more. More ideas. More things that probably shouldn’t be out there.

That can almost cripple the thinking, self-aware entrepreneur. It also becomes resentment quickly.

When we’re oblivious to new things, it’s a lot easier to do them. We have got so much less fear and self-doubt. That’s how we’ve ended up taking first steps, riding first bicycles and going in for a first kiss. We don’t know what is on the other side or what everyone else is doing, but we know we want to try.

Your customers also want to try. They want to try with the fearless person that is happy, encouraging and leading the way. If you have doubt, they’ll smell it.

Instead of bellyaching about the naïve entrepreneur and finding new and interesting ways to stop yourself from doing anything, challenge yourself more.

Find the place where you’re that naïve again.

There’s no way you know everything. If entrepreneurship has become you standing on the back wall, laughing at the other businesses as they try to learn to skate or worse still, a process of waiting for others to fall, you’re not challenging yourself enough.

Instead of laughing or hating at someone else’s naivety, you have two practical choices:

Because the naïve person will always launch. And they’ll soon overtake you if you’re buried in your own head, lamenting that fact.

Deal with it and get moving. Or don’t and just stay mad. Either way, no one will stop to let you pass so you may as well join the party.

Fear melts when you learn by doing

Once you’ve decided that entrepreneurship means challenging yourself more, you’ll be OK with learning.

Theory is great. Learning the rules helps you break them and innovate in the margins. True innovation comes from those moments where you are willing to learn by doing. And you’re willing to accept each stumble, accident, mistake and failure that comes with it.

Before the William Street Coca Cola sign was no more, my friends and I watched a skateboarder at the steps of the Elan building for over 3 hours from a cocktail bar. He tripped, stumbled, fell, bled, swore, sweated and screwed up. But the challenge he was undertaking and the journey he was on was mesmerizing. Watching him fail all afternoon made us connect with this stranger. It made us admire him, worry about him and feel each bruise as they were raised.

He did eventually get it. We leapt from our seats and cheered. He gave a hearty wave and walked off, pleased with himself.

That guy won’t remember us. But we’ll always remember him.

He’ll always remember what he learned that day and what he takes into the next trick.

You get battered and beaten about when you learn by doing. It’s rarely perfect. If things were simple, what would the point be?

If you don’t do anything for fear of failure or you’re too worried about the scrapes and bumps or you give in, you’ve got nothing.

But if you learn by doing and still fail, at least you’ve got an awesome scar or story to tell. Or some new foundation of knowledge for next time.

That something is a whole lot better than nothing, believe me.

One common whine I hear from people in entrepreneurship is the dreaded competitor that overtakes them. I’ve been in seminars where people have said all manner of silly stuff about how they were first or someone else moves too fast or whatever.

One thing disability has taught me is that people have their own race to run. You can either compete against people, find your own way to match in another way or cry about how you didn’t get a chance. I didn’t walk properly until I was 5 years old. That took a lot of hard work and surgery, skill on other people’s part and determination on mine and that of my parents.

My parents didn’t march down to the pre-school or kindergarten to demand the other kid’s didn’t walk until I did. I wasn’t bubble-wrapped and kept safe from playing.

I made a lot of mistakes, fell off a lot of things, had a lot of physio, did a lot of rehab exercises and learned to keep going.

In short, you find your own way to make things happen. Even if it’s more round-a-bout than others.

If you cry about other people not making it easier for you, you won’t enjoy the challenge if they capitulate. Nor are you learning by doing in a real sense. You’ll end up growing a big chip on your shoulder. You’ll resent the world because you miss out.

All of which will sink you in the end.

What you offer to the world of entrepreneurship is your own version of what is out there. You need to find your unique selling position, write the story that goes along with your business and make it yours.

You must be brave enough to reveal yourself in an authentic way. I know that’s a buzzword now, but it’s true. You have to be you. Then, no one can replace you.

People are going to hate you and hurt you

Remember how I started this message with talking about Australian cynicism in business and how entrepreneurs get a walloping? It’s because I’ve lived it. Unfortunately, it’s one of the only constants you’ll find. People will take time out to hate on you and hurt you.

It’s what you do with that hurt that matters.

Humans want a crowd, tribe or whatever cutesy term we use. We want people to like us. It probably taps into some deep, tribal thing that means we won’t be ex-communicated by the mammalian herd or something. I’m sure Attenborough would know.

Anyway, we want people to like us, but the chances are most will either not like us or greet us with indifference. But that’s OK.

Greet it from a product perspective. Strong reactions mean your product offering is clearly defined. It means you are not a product for everyone, therefore you’re less likely to fail.

Remember the humans in the equation. We hate and hurt out of jealously, anger, fear and all the stuff that revolves around our own belly button. We don’t have these emotions due to anyone else. They’re usually reflections of our own screwed up stuff.

Besides, what do you really care?

I get abusive messages each week via my website and the Freelance Jungle group. All I ever wonder is “you took 5 valuable minutes off your own dream to tell me that?!”

I’m not changing what I do for someone that has no investment in my goals. Neither should you.

They don’t have to feed your family or chase your unpaid bills. They don’t have to wake up, squash motivation into a little ball and bounce it against your office wall. They aren’t risking anything to be a 5-minute expert. You on the other hand, are risking a lot simply by choosing entrepreneurship in the first place.

The truth about entrepreneurship

We invest in the mythology and mysticism of entrepreneurship to distract ourselves. Part of that is the envy of thinking someone has a brilliant life for no reason. Or thinking they suck simply because we don’t agree with them.

To succeed in entrepreneurship, you must know yourself and work to your best advantage. There are no prizes for standing still and asking others to wait. Other entrepreneurs don’t owe you anything. Usually, they’re too busy getting their own stuff done.

Want to succeed at entrepreneurship? Look for your allies. Join the Freelance Jungle, hire me as your business coach and look for friends, not enemies. Learn what you can. Be OK with failure.

And above all else, make your own truth about entrepreneurship and follow that as your guiding principle.

No one is going to agree with everything you do. You will have different ideas, principles and concerns to others. Make that difference part of your journey and enjoy the difference.