Developing a foundation marketing plan for a business idea

As an ex-product manager, I judge the fitness of your business idea on your foundation marketing plan and strategy documents. There’s something to be said for going through the process of working out what does and doesn’t work with your business.

Everyone wants that magic bullet idea that will pay the wages and make its own way in the world. But have you ever stopped to think about what elements it has that make it special? 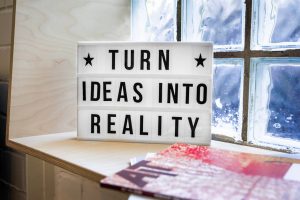 A lot of people want the freedom their perceive is attached to a new start-up idea or business. The idea of not working for anyone else holds great appeal. Yet the working through the processes and making an idea happen on its merits is a little bit harder to come by.

But it’s the strong ideas that have the longevity. They’re the ones that fill a need.

Australians have this magical ability to pick up ideas from overseas and run with them. I have worked with start-up clients that are afraid of USA market penetration because they know what they’ve built wouldn’t survive those conditions. This is not the way to approach sustainable, long term product development.

Aiming big is part of some of the dreaming and ideation.

Start-up isn’t about taking someone else’s idea and wrapping it in local branding. And it’s not about tweaking a product enough to make it slightly unrecognisable.

Real ideas for real people meet a few qualities. Besides, once you start breaking the idea down, you often find you are missing key parts of the equation. That’s why a foundation marketing plan is vital. It helps you sift out the potential of someone else’s idea and forces you to test the potential of your own.

In start-up circles, a strong idea has the following features:

Disruption           e.g. people are making do or working their way around an idea and it takes them more time and effort and/or increases the margin of error

Scalable             e.g. the idea can move across towns, cities, states and even countries without an issue. Or it can begin as something for twenty something and end up being Nana’s favourite too (hello Facebook).

Technology-focused        e.g. we can solve all manner of issues in an analogue format. It’s not until we make it digital that it really works the room at a start-up meet.

Anyone that is calling their idea a start-up when these three features aren’t prominent is usually a sign that they want to work for themselves via any means possible. That’s not bad. But it’s not start-up.

Start-up is usually defined by the problems it seeks to solve and creating a new way forward. By putting together a foundation marketing plan, you can start to articulate the difference.

Most people don’t think of the government in innovation terms. However, there are grants and programs out there that challenge the way think. Interestingly, if you look at state and federal grant proposals, a lot of the work falls into the same sort of categories.

This means even if you are not that interested in the grants and funding, you can leverage their framework to strengthen your ideas.

I am not always talking start-up. I believe small business, heck even freelancers, could do with a little accountability. Putting your idea through the planning paces of a foundation marketing plan means that your product is more than a nice to have item. And it gives credibility.

Also, once you’ve spent time pulling apart your idea, you often have a better understanding and greater confidence. We often step back from our business ideas or we gloss up the pig when we deliver the pitch. But real humans don’t want you to sound slick. They want to know what you have on offer and what you’re on about.

I’ve pulled out the demonstrations of how this works in grant framework and keeps you honest:

There’s often a focus on the following qualities-

Basically, this is the same vibe of building with the ease of the customers you intend to have in mind.

While this is not as implicit in start-up, no one wants to be caught in a dead pool where there is no more room for extra funding. That hurts.

Proof is in puddings

Also, if you are using a foundation marketing plan to demonstrate you have your eye on the future, there’s an expectation you know what you are doing. This is reflected in language like:

Government wants a little more proof than most. They face increased scrutiny from the public, the opposition and more. But then again, start-up isn’t without proof either. They also want to know that you have the abilities you claim and the experience to pull the idea off. Especially if they are going to stake their reputation on it, fund it – or both.

Whoever is looking to help you wants to know you are secure and confident in your idea and abilities.

For example, jump up too early with an idea and the reviewing panel in a start-up or government funding environment might view your idea as under-cooked. Leave it a while and come through the door and they both may have a suspicion that if the idea was meant to fly by now, it would have found a way.

The sooner you lock down what it’s for and how it works via a foundation marketing plan, the sooner you can enter the race with confidence and proof you’ve thought it through!

Designing your project so others care

In the start-up and government world (and I’d argue the world in general), people want to know what you are doing. They don’t care about your desire to drive a Ferrari in future. They want to know why they should care about how you’re going to change things for your customers.

Your marketing content, story, pitch and all the rest needs to be a strong, easy to repeat and easy to understand message.

Your foundation marketing plan needs to answer the following questions:

When money is involved, people also want to know the key deliverables they will receive for the outlay. We tend to overthink this bit.

But most of the time, your future ally is looking to:

The building blocks of evaluating an idea means looking at the process of implementation and what you learned. Then matching it with the outcome obtained.

But I’m not going for funding!

This is the problem we have in our society. We believe if we’re not knocking on someone’s door to ask for a grant or start-up capital, we’re not asking for funding. But we are. We’re asking every client we have for funding in freelancing. Or we’re asking ever customer we have for money in small business. As organisations with philanthropic funding, we regularly pass the hat around.

Flipping the idea of funding to recognise that every time someone buys something from you, they are micro-funding, means you understand how your business works. It’s like crowdfunding, really. We’re forever trying to sell things to customers, clients, stakeholders, whatever you call them.

This is why the ideas need to move behind simply needing money. They need to understand what they fix and how they make people feel. They need a foundation. And one of the best is a foundation marketing plan.

Even if your idea gets funding but never moves beyond the first stage, there’s value in what we do. Articulating that value means the difference between staying open and closing the doors.

And it’s never too late to go back and see what you really have there.

Take the time to answer the questions. Look at what your idea or business changes. See where the audience lies. And enjoy the difference.

Want help to get these thoughts down on paper so you can action them? COME SEE ME for a foundation marketing plan and let’s get your sorted.