Updated: How mental health stigma lets us down

Considering the year we’ve had with 2020, I felt it prudent to update this blog on mental health stigma in Australia with new statistics.

I want to look at the conversations that let us down around mental health and stress. In Australia, there is still so much mental health stigma. Stress is seen as a badge of honour and mental health issues are seen as something to be afraid of.

Feel free to add your own, but here are the conversations I think let us down about mental health and stress.

“I’m so OCD when it comes to stationery” or “such and such a politician is such a sociopath” is to me, akin with “that’s so gay.” 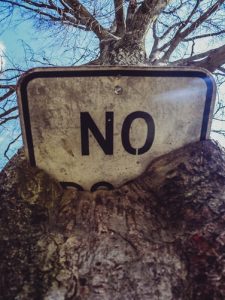 Photo by Jakayla Toney
via Unsplash

There’s what, 70,000 terms we use in our working vocabulary, and instead of explaining ourselves as organised or someone as a lacking in compassion, we instead choose clinical terms. Where does this leave people who do suffer from OCD or have got anti-social personality disorder?

It leaves them without the proper language to bridge the gap about their issues. It trivialises the struggle someone has when their head gets stuck in an endless, exacerbating loop into keeping a sock drawer neat. Or it takes someone who has difficulty understanding the spectrum of human emotion and plonks them firmly into pop culture serial killer territory.

None of which is fair or the least bit useful. Enough is enough.

So please, before you go and use a clinical term in future to describe something as trivial as wanting a neat house (which by the way, is not always a part of OCD), think about the impact. Because it is hard enough for people to own their diagnosis without it being played with and twisted to fit the latest cool, hip lingo.

I met an interesting and vibrant woman who has anxiety recently. She said most people question this because she is loud, fun and gregarious. The assumption that someone with anxiety needs to be a shuddering wallflower jumping at shadows with their head in a book at social gatherings prevails.

It is untrue. Yet the mental health stigma surrounding anxiety apparently says that’s what her experience should be.

1 in 7 Australians have experienced anxiety. That doesn’t mean libraries are suddenly finding themselves packed to the gills. While introversion may influence you to be more sensitive, that doesn’t necessarily mean extroverts are immune.

Anxiety can strike all kinds of people for a myriad of reasons. Whether you’re the life of the party or the person hiding in the coats has no bearing.

There are people who you wouldn’t know had depression, bi-polar disorder, anxiety, OCD or many different kinds of mental health issues. They still function as human beings in day-to-day life. It doesn’t mean they are broken, scarred for life or beyond repair.

It simply means some wiring and chemistry in the brain is responding to certain stimulus differently.

We need to stop assuming we can see a lot of wellness related diseases, conditions and illnesses in action because for the most part, it’s rather invisible and territory we can’t quantify.

Writing off the initiatives that are trying to open  dialogue

There’s always someone who complains about the charities who raise money for mental health or who sticks their bottom lip out about RU OK Day. Some of these criticisms aren’t always unfair, either.

But let’s look at the scope of the situation we are dealing with.

We know that suicide is the leading cause of death for people aged 15 to 44.

According to the Australian government, 4.3 million people received mental health related prescriptions in 2017-2018.   One in five Australians reported having a mental health condition in 2018. With the pandemic showing a marked increase to services such as Lifeline, we can safely assume this has increased in 2020.

In contrast, you’ve got someone flashing up some stuff on social media for a day or perhaps asking you to kick a couple of bucks towards them riding a bicycle or shaving their head.

It may seem like nothing to you, but perhaps to someone who needs to know help is available, seeing that people do care is enough for them to take action.

Yet such backlash is seen year after year where the cynical and the annoyed think it’s OK to stop the dialogue. Make it uncool for people to exercise their thoughts and feelings. Dismiss it.

It’s these kinds of cultures that create the perfect conditions for self harm and suicide. It doesn’t do anything to abate the isolation and suffering people may be experiencing. Nothing positive comes from being the too cool for school person who hacks at the shins of an idea. And it could reaffirm to someone who is in genuine need that because they need it, they have “failed”, pushing them further towards despair.

Surely, no one wants that sort of blood on their hands.

No, the system isn’t perfect. But it has to be a damn sight better than ignoring the problems associated with opening up clear dialogue on mental health and suicidal ideation. If it means having warm and fluffy campaigns to start a conversation, honestly, where is the harm?

Mental health stigma and stress talk bravery becomes entrenched not just by silencing the conversations. It becomes front and centre due to our inability to allow for the models we choose to be activated without sarcasm and pity as well.

Refusing to acknowledge that there is a problem

From comments about the good old days where “we didn’t have time to be depressed!” denial through to “You’re not depressed! What have you got to be depressed about?” these sorts of conversations are unhelpful.

Historically, people weren’t less depressed. They probably didn’t have the range of discourse we engage in.

Judgement based on “the good old days” ignore Australia’s shocking recorded suicide rate of 17.5 people per 100,000 population in 1963, or a similar peak in 1997 of 14 people per 100,000. Or the fact we produced reports in the 1980’s that charted that farmers, nurses and construction workers were in high risk categories for self harm and suicide, trying to tackle the problem and find out why these occupations killed more Australians than any other.

Beyond self harm, Australian housewives were hooked on benzoids such as Librium and Valium in the 50’s through to the 80’s. We’re supposedly entering an age of unprecedented alcohol abuse and alcohol fuelled violence on our streets. Plus, we’ve got issues with family violence due to COVID-19, creating a perfect storm for even greater mental health issues.

There are indicators that unhappiness and mental health issues left untreated are causing all kinds of serious problems in today’s society and in years gone by.

When your society is unhappy, they hurt themselves. They hurt others. They engage in harmful behaviours and they try to block out the pain with booze and drugs.

If we all have so much not to worry about, why are so many people flying so close to the razor wire?

Mental health stigma is a big topic. I don’t have all the answers

I don’t have a magic wand, all the right answers or even the right connections.

But I am brave enough to say that our culture’s love affair with living in a bubble where we pretend unhappiness and mental health issues don’t exist could be doing us serious harm. At the very least, it’s not giving us the opportunity to work out what we can do to fix the situation.

Because if we can start a better, stronger, more supportive dialogue, I am sure the rest will follow.

Want to start talking about what we can do in earnest? CONTACT ME NOW.