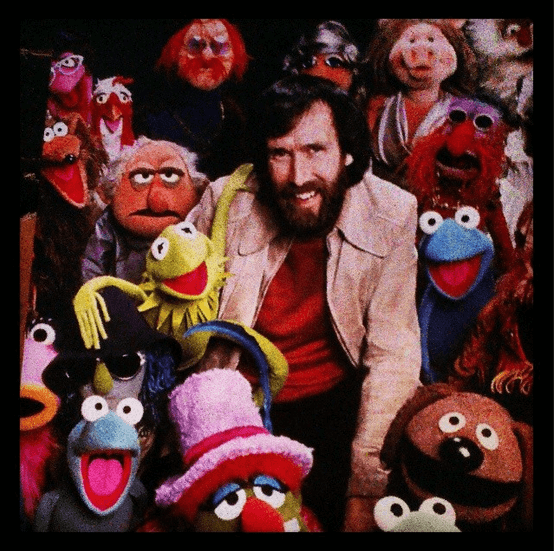 It can be hard to know how to market your business effectively. Sometimes we all need a timely reminder why following all the rules might be counter-intuitive to having success.

There is no better lesson than the life of creative guy and all round madcap entertainer, Jim Henson. His television commercials for Wilkins Coffee are the classic example of leaving the rules behind.

Here’s how Jim Henson was able to create better advertising for his clients.

Relate to the story

When Jim Henson got the gig of writing coffee commercials, he was happy to have work but not so excited about the subject. Henson didn’t like coffee much, and was a fan of Wilkins Coffee even less. But he didn’t want to lie about how he felt.

So what did he do?

He invented two Muppets, Wilkins and Wontkins. Wilkins was a diehard coffee fan. Wontkins was seriously not interested in the brown brewed beverage. And that was the magic. His personal displeasure at coffee was the ultimate in overcoming consumer objections.

Jim Henson thought about what would make him choke down a coffee and applied it to his coffee fan Muppet, Wilkins, and his attempts to get Wontkins (the anti-coffee Muppet) drinking. Here you had one Muppet attempting to force feed the other coffee in increasingly zany settings.

And the audience loved it.

Not only did it tap into Henson’s complete lack of interest in coffee, it also gave couples a double meaning with the antics of one partner trying so desperately to influence the other. Add the undertow of marital discord and the fantasy of blowing up your partner when cranky each morning at breakfast and it certainly becomes a set of commercials that stick in your mind.

Henson’s approach proves that to market your business, you need to understand who does and doesn’t like your product in order to create tension. And to understand the audience.

Drop the literal leanings to market your business

Jim Henson used puppets to tell his story. He didn’t have some cheesy “what would make you drink coffee?” neat ending. The story was completely off the wall and character centric. Yet Wilkins Coffee sales sky rocketed.

You could attribute some of the success to the youth of TV as a medium. And you could certainly tip your hat to the Muppets for being a new, exciting and eye catching delivery device.

But there was more to it than that- the Wilkins Coffee ads had a damn good story.

Because Henson was character centric and treated the TV commercials as a series of the continuing coffee battle between the two characters, he was able to stretch and extend the story easily each episode. Because he gave flight to his feelings about the topic and juxtaposed it against another, he had tension. People actually tuned in to see the commercials as though they were a part of the evening programming. Sometimes in preference to the actual shows!

Henson didn’t think of the process in terms of what would shift coffee. He relied on his characters to drive the story. He coated it in a layer of creative, absurd and far reaching mad cap humour. He had a point, but he didn’t bore the pants off people. And the customers could relate to the story, talk about it with their friends the next day and the recall was enormous.

That’s why it worked.

Henson’s message wasn’t perfect by any stretch of the imagination, but it was effective because people cared enough to talk about the product and thought it cool enough to buy in on. And he had endless reserves of creative ideas to build on because his core story was well developed.

The majority of Wilkins and Wontkins television commercials (and indeed much of Henson’s early work) involved blowing things up. Wontkins often found himself on the receiving end of a major explosion in Wilkins attempt to make him love coffee. But it wasn’t the physical act of blowing up so much as the blowing up of the idea that worked so well.

Once you know the format to something, it’s extremely easy to strap yourself in and play it safe. Have your little structures to keep yourself nice and cosy and on track. However it is the things that surprise and delight us that stick in our mind. Playing it safe is fine if you want to make a consistent living, but it certainly won’t get you dizzying heights. You have to be inventive and blow things up to see what kind of reaction you can create.

Henson was brave enough to push the envelope. He wanted to have fun and create fun for the audience. He made fresh episodes and he aimed to get higher, not just stay on topic. He was straddling both sides of getting the message right and propelling his own work forward.

How many advertisers can say they do the same? How many small business owners can say you’re brave enough to market your business without fear of pleasing everyone?

Be smart with your re-purposing

The Wilkins and Wontkins coffee commercials were so successful that Henson was asked to do them for other brands. At a time where America was still very regional, Henson was able to repurpose the material with relative ease.

However, instead of simply voicing over old commercials with the new company name, he would reshoot part or entire commercials. He also made sure that his characters of Wilkins and Wontkins weren’t lost in translation from one coffee company to the next.

And in subsequent ad projects where clients asked for his Muppet characters to be employed on new campaigns, he declined. His preference was always for creating a new set of characters and their own special story with each subsequent product he marketed.

While it would have been very easy for Henson to simply blast each new client with the same material, he knew the story required the smaller level of detail to truly connect with the audience. And he wasn’t about to sacrifice that for the easy way out.

The extra attention to detail paid off. The results were in the high sales he recorded for other companies as well as continued calls from other companies for more of the same. Each customer felt special and each experience felt designed for the audience, even though the tweaks to the baseline were relatively small.

By creating extra work for himself through customising his clients marketing campaigns he was able to continually grow creatively while maintaining a steady stream of work.

Invest in your marketing campaigns

While Henson had regular work and was making much more money than other people of the same age, Henson didn’t have huge profit margins. His desire to create decent campaigns, custom Muppets and proper sets in preferred studios weren’t about to make him rich quickly. It did however make for sustainable income through employing the right practices.

Henson understood very early on that investing money in the right people, tools and campaigns meant that the quality of his work would be high. And that his pain threshold would be relatively low. As an example, he waited for the young Frank Oz to finish high school rather than hire just anyone. He also shot most of his work at the same studio in Washington despite being based out of New York because he could control the quality. And even his famous Kermit the Frog went through an iteration process over several years.

His success came through carefully considering his options and investing in his work and business in a way that made his creative and advertising careers efficient and quality focussed.

The reason why Jim Henson was so enormously successful at creating better advertising campaigns than most of his peers (and probably most of ours) is because he focused on creating great stories, enduring characters, and thinking critically about the work he produced.

With Henson, his work was the central focus, not his awards or celebrity, not even the bills on his desk. Each campaign he undertook was driven by customising the message needed for the particular client at hand.

Slinging ideas together for the sake of it was never going to happen on Jim Henson’s watch, and his clients and creative backers knew it.  His portfolio was full of durable, time tested and approachable work. It garnered him trust and gained him an enviable reputation across all aspects of television.

And it’s why the Muppets continue to delight and entertain us to this day.

Watch these Wilkins and Wontkins television commercials. They may be old and a little rough by today’s standards, but they sure get the message about coffee drinking (and the ramifications of not doing it) across.