Moving the Freelance Jungle into bigger and better digs

The Freelance Jungle website began as a response to a survey. When I first started freelancing, my aim was simply to find out if the challenges I faced were the same as other freelancers. I guess I was looking for someone to pat me on the back and say I wasn’t some kind of unique flower doing it the hard way. Or maybe I wanted to know I was still connected to something, even though it didn’t feel like it at times. 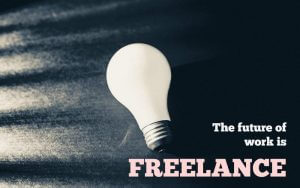 Six months after starting to freelance full time in 2010, I was probably up to my 20th phone call, 40th email and who knows what Google search. I spoke to someone in the ABS by way of Census. I asked if they had any data. The answer was honest yet shocking.

“We collect the data on Australian freelancers, but we don’t do anything with it.”

Let that soak in for a moment. That idea that somehow, your industry rated so little a mention that even readily provided data was not catalogued and presented in terms of being useful came as a blow to me. After hanging up the phone and the shock subsided, I think I got a bit mad. Definitely determined hit the register.

I had some experience with researching and modelling through my previous work as a product manager. In fact, I’d talked my way into that job description on the back of a research plan.

And so began the journey to the Freelance Jungle via research.

When history comes together

166 people responded to that first survey. They were everyone from web developers to drag queens. Each were generous with their time and information. And each defined the lay of the land for me.

In 2011, the first summary was published. I trawled through every open question answer and had measured linguistic patterns and concerns. I’d dug through raw data. I built something that made sense.

Problems with work scheduling, mean clients and late payers bounded off the page.

But the most telling result was the sense of isolation. Australian freelancers were tired of going it alone.  So I decided (probably somewhat naively) to do something about it.

I was just a fresh faced freelancer with a taste for beer and a dislike of traditional business networking. As an introvert that wasn’t really into delivering a watertight elevator pitch, I struggled.

So I started with what I knew. I created a networking event in Sydney that was not about selling things. There was no PowerPoint to be seen. It wasn’t about breaking out the wares to strangers.

It was in a pub, with a drink, maybe some pizza and a bunch of people coming together to talk.

Little did I know that it would turn out to bring together over 2000 people online and off right across the country.

Why isolation is problematic in business

According to research done by the Victorian government, 17% of suicides are workplace related. In Australia, we have some of the highest workplace bullying statistics in the developed world with 6% of all workers experiencing long term bullying in their working life. Coupled with increased job insecurity and the human history of having a fractured relationship with work, and you can see why more people are choosing self employment.

Yet it’s definitely not all roses.

In Australian startup circles, the failure rate is 95%. Funding doesn’t make you immune. 65% of Australian small businesses fail within the first 24 months. As mentioned previously, no one is really recording the Australian freelance statistics so we don’t know whether people are throwing in the towel or not.

But I do know that isolation is rampant and the number one challenge in 2010. The isolation is receding through the Freelance Jungle and other bodies working to connect freelancers with each other. Yet 50% of the respondents in the 2016/2017 version of the Freelancing in Australia survey conducted by the Freelance Jungle struggle with self doubt and a lack of confidence. That self doubt and lack of confidence is the number one challenge.

That in itself is a source of isolation and disconnection.  That needs to change.

I now know that loneliness is a factor in suicides. When I first started, I wasn’t that connected into mental health or information on suicide or the impacts of going it alone long term could have. Now I have made it somewhat of a project to ensure I know as much as I can.

Part of this journey has been volunteering. I was part of a working group with COSBA and Beyond Blue for 12 months investigating ways to improve the support offered by both bodies. I represented freelancing and sole employment and I needled and nodded in equal measure to get the message heard. I’ve since started Crisis Supporter training at Lifeline partly because learning about the high suicide rates shocked me. And partly because I recognised I needed to be better able to help people in crisis and know who to link them into when they needed it.

Both experiences have helped me grow as a person and become a better freelancer. Stress issues and mental health related impacts are everyone’s job. The problem is too big and too great not to have as many hands on deck as possible.

So too is creating a good freelance community in Australia.

The future of The Freelance Jungle website is bigger and better

And there’s more where that came from. You’ll need to watch the official Freelance Jungle website to watch it unfold.