What the people engaged in internet shame really want

Internet shame is massive. The anger and bitterness are routinely seen in article comments, Facebook groups and forums. Being attacked all the time is terrible. I cannot help but wonder though, what it must be like with people that cannot help themselves and continue to remain angry? It makes you wonder what people engaged in internet shame really want.

Sometimes, it reminds me of the old town square stories of people baying for blood at the monthly hanging. It appears to tap into something primal. Perhaps it reduces stress. Move over though, I’ve noticed the same traits seem to come up with internet shame. Not much of them are positive.

Having been on the receiving end as a Facebook group administrator and community manager, I have some interesting theories in internet shame. See if you agree

Let me count the ways that people pull out their importance and wave it around on the internet to feel smarter than the plebs. It comes out in correcting grammar, using insults with information, categorising for the ‘leftard’ or ‘right wingnut’, mansplaining, the “I’m exiting your group and this is how you should have done it to avoid that” lecture series, shouting others down, directly dismissive comments and more. It can escalate into threats, talk of death, rape, harm or goading for self-harm.

The main aim here is to stand atop the tower and look down on people. It’s to grind them into the ground. 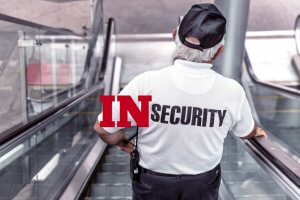 The nearest thing I can come to is that there is a desire to control people, the outcome and the situation. It’s about dismissing the content and also creating a pyramid. That pyramid of course has you, the lonely loser at the bottom. They are on top with their gleaming sceptre of smartness. The intellectual genius who is allowed to be a jerk because they’ve amassed so much intelligence.

We’ve invested too much in this myth that geniuses and smart people are allowed to forgo their emotional quotient in favour of delivering facts. They are smarter; therefore, they can say what they like.

The problem however is being intellectually arrogant doesn’t make you immune from being wrong.

It simply makes you unable to listen effectively to the other person. The inability to accept that you aren’t the smartest person in the room is difficult for all concerns. It means you’re unlikely to listen because you’ve already decided you are superior. It often comes out in bombastic behaviour, where the attempt is to hold onto the position of power as the intellectual superior overtakes the desire to deal in facts. The fear of being wrong stops logic. The hole gets deeper, the person is less likely to concede as their investment in being wrong has grown.

That’s when the internet shame cannon is loaded in earnest.

If someone has designed their identity around being the smartest kid in the room, the inevitable moment of being wrong is too hard to deal with. The answer to this is to realise that you can be smart but not infallible. And that IQ doesn’t mean much when emotionally, we’re stunted.

To misdirect and shut the conversation down

Ever seen the post about abuse that turns into “but I hate that band, so it doesn’t matter!” happen? I have. On more than a few occasions.

What you’re seeing here is a misdirection. They don’t want to face the uncomfortable truth another person has more than one dimension. They want to peg them as “bad” through deciding on one aspect of the person. How they feel, act or what they face becomes immaterial. They are the hated band, the person they despise, the enemy. And like all good hero movies, they’re not allowed to have layers or feel real human emotions.

This is an attempt to dehumanise to further carry that focus of ridicule into being worthless.

The problem is, while we’ve been raised on a diet of good guy versus bad, we know deep down inside that the world is far more complex. You don’t have to like someone to help someone. Or to agree with them.

You see it in the shock when a politician we love to hate stands up for something we believe in. “I never thought I’d see the day when Jackie Lambie and I agree…”

Well, why not? Very few people are so intent on one direction in their belief system we are truly diametrically opposed.

Brene Brown talks about her nuanced relationship with guns and people’s surprise at this notion. Yet, it’s perfectly reasonable for us to have diverse opinions on a range of topics. We don’t come as kits labeled “only leans to the left”.

It’s a sign of our own vulnerability and emotional maturity is leaving that stark dichotomy behind.

A good person doesn’t rely on lines in the sand. They accept that sometimes, even the people we don’t like are worthy of our consideration and kindness.

You can successfully derail the conversation. It doesn’t mean that person is any less human.

They do it to show off

Would you like the easiest way to spot someone who is trying to seem like the authority on a subject on the internet? They are in the comments with short, sharp micro statements.

What do I mean by this?

A person using micro-statements doesn’t need to expand. They know it. You don’t, so the fault lies with you.

They want to seem powerful, in control and in-the-know. You, however, are designed by what you lack. And that lack is their intimate knowledge of the world and world events.

Yet there is a fine line between seeming decisive and coming across as dogmatic.

This is fixed thinking. That we can somehow jump in with all the answers, save the day and knee cap the other person in the process.

Yet anyone who excels at counselling, education, mentoring or outreach to people will often tell you it’s the listening that matters. Exploring ideas helps. So too does focusing on the person and not the answer you believe is right for the situation at hand.

Truly helpful people will attempt to connect, focus on the situation, relieve your distress, enable coping and help you decide next steps.

They won’t be flinging “sack him!” as they fly passed onto the next comment.

Fly-by feeders are looking for the opportunity to activate your concerns, often for their commercial satisfaction or for their own ego. In these situations, they are using your internal shame to bolster your position of feeling vulnerable. Feeling vulnerable in itself isn’t bad. Most of the time it’s a strength. What this person is doing though is controlling the narrative so they can get a booking or colour your feelings.

Ask yourself why it’s OK to allow someone who is a five-minute expert on your life to make decisions about your business, personal life or emotional state. If someone is telling you what to do without acknowledging you’ve been heard, where is their response coming from?

It’s within our power to end internet shame

I think as users, we all need to be more accountable for our behaviour. The internet is only going to be as nice as we are. If our default setting is to be a prick, to cause problems, take every little bit of feedback as a criticism of epic proportions, cling on and expect too much, or abdicate responsibility for our happiness onto other people so we can then wail at them later, that’s a deeper issue within.

Connection is important as well. If we’re forever looking at people as sales opportunities as opposed to people in need, we forget how to deal with the people behind the customer. Our ability to build trust and persuade with our knowledge and skills is reduced. People don’t want talking internet billboards or to feel silly and lame. They want help.

Asking for help is a vulnerable act. It’s especially difficult on the internet because we lack the facial cues, looking people in the eye and dealing with the consequences of our responses like we would if we were speaking directly.

That should not be answered with internet shame. It should be nurtured and applauded.

We all struggle with being someone else’s bastard at some point online. It’s whether we can see those moments for opportunities to learn or to continue to play a violin that matters.

Want to address the internet shame problems your Facebook group or page is having? Get in touch. I can use my abilities in cultural assessment and contingency planning to help pivot your presence accordingly.