Band Photos: How not to bore people to death

Having recently flicked through the TripleJ Unearthed site in search of some new indie bands to follow, I have realised that musicians probably operate a secret society, complete with five point starter kits for their band photos. Why do I say this? Well, why else would almost every photo feature the same five key points?

Surely somewhere there are photographers who would actually like to be a little more creative with band photos? Who have mastered their photographic technology to the point where line up, point and click portraiture is no longer interesting? Surely there are bands who want to look less like moody prick teenagers posing for Great Aunt Mary on family photo day?

If you think I am being unnecessarily harsh, look at it this way. Potential new fans, record labels, other bands and even venue bookers who are looking for something new will browse things such as TripleJ’s Unearthed site or music sites such as reverbnation and Bandcamp. When using a visual medium such as the web, if your photo looks the same as the last photo, after about the fifth page, you will get skipped.

Why? Because your photo is repetitive. Not only that but we can all stand shoulder to shoulder in groups against a wall, look angst ridden and look at a camera- how does that show anything about you as a band?

Use your photo to reflect your band’s genre, personality, music and whatever else you think will attract the right audience for you. Treat your photo as an extension of the band in terms of what you want to present, who you are, what you want people to associate with you. Do something clever but also make sure it’s an accurate reflection of what your band is like and what your music is like. After all, how can we embrace you as a new band and trust your creativity when you look like everything else that is out there?

Examples of band photos that are more creative 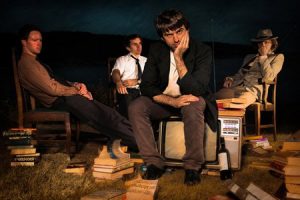 Found at Sea by Sam Webster

The FAS photo reflects the story telling of songwriter Ryan Linnegar, as well as the band name, Found at Sea. It’s also eye catching and features the band members in a novel way. 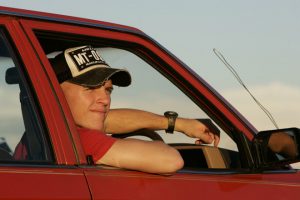 Renny Field is a down to earth roaming songwriter who is mostly found working alone who picks up other musicians on his musical journey to add to what he creates. This photo is typical of Renny Field. 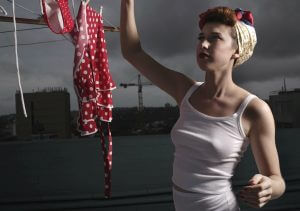 Having a voice and musical style that harks from a bygone era, Lanie Lane has taken up the mantle of her 50′s sound and made it her look. Sexy, fragile and stylish, is it any wonder Lanie Lane came 2nd overall in the 2010 TripleJ Unearthed competition?

I am not saying the image you project is the be all and end all of what you are about, but at least do yourself the courtesy of treating your band photos as a creative exercise as opposed to something that just has to be done.