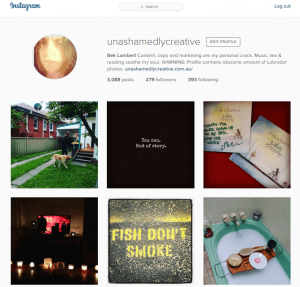 As a community manager, I’ve seen a lot of hype about what social media can and can’t deliver. People are getting nervous about Facebook’s shift to a focus on groups.

It’s lead to a lot of talk about decamping to Instagram (and other social media platforms).

We shouldn’t be looking at the change to a group focus by Facebook as an exercise in finding another platform to invade. We have to be realistic.

Heck, we have to get with the Facebook groups program.

Here’s how my insight as a community manager helps inform that decision making process.

Instagram is extremely popular for being what it is good at- photography, being a gallery and appealing to our visually entertained side.

Artists, fashion lovers, travellers, fitness fanatics and any form of foodie you could imagine had this puppy down.

There’s an Instagram influencer culture that people adore and despise in equal measure. There are concerns about the pressure it places on people. And about the quality of content generally in terms of eating disorders and beauty myths, monetisation and more.

There’s also a lot of activism on Instagram, too.

But things are not that simple.

Unlike Facebook, while Instagram has communities, there are not massive swathes of real estate for a community manager to manage. It’s not centralised.

You pull people to tags and profiles, but you cannot create a hub. This is why influencers are prized because that’s as close as the platform gets.

It’s connected but it’s solo. That’s tough for the social media consultant to understand. And it’s tricky for even a community manager to manage.

When  return on investment reduces, people get nervous. You’ve probably heard the Facebook reach has dropped and that the audience has changed. And you’ve probably heard about how it’s impossible to get noticed on Facebook (those bastards and their monetisation ploys!).

Facebook made a lot of money off your data. It went down a commercial path to remain sustainable. It continues to do so.

It’s also talking about making groups the focus. This compounds the frustrations of the average social media consultant.

The reason why groups frustrate business owners is because they are not simple. They are not the social media dream that pages are.

When Facebook first started, it was new and exciting. It was managed in such a way that the newness and experience was novel for years instead of months. It meant it was easier to reach customers because of it.

Boosting and advertising then took over. It was still great reach.

Facebook groups however rely on you building actual community and connection. You need the skills to be able to talk to people. To reach them, be there for them and build an experience.

Not everyone wants to be building community from the ground up. A community manager will plot a course for this to happen. They will pay attention to comments and make people feel welcome.

A community manager will build guidelines and a strategy to ensure that the group isn’t overtaken by sales or marketing or agendas.

This is different to what the average person thinks about when doing social media. Usually, they want the sales, marketing and promotion to happen. They want to control that narrative.

In a group setting, you can’t do that.

I would argue that Instagram won’t replace this early excitement or simple focus on advertising either.

Instagram has been around for a while. That newness is gone. It will not be regained. Selling and marketing will be harder because of the lack of connection.

You either have to work out how to work groups and how to manage social media better. Or wait for the next innovation to ride the early adopter wave.

True community manager types know online communities pre-date Facebook. They used to be a lot less visual and in the form of bulletin boards, MUDs (a form of online Dungeons and Dragons- don’t judge me!) and IRC.

The early community manager was dialing into BBS’ and making their communities around them.

Connecting up with people via text and taking on online personas has been around a long time.

Most social media consultant or marketing manager types haven’t come from this community-orientated background. They’ve come from marketing or sales. They are missing a segment of the experience that helps make social media work the way it does.

Leaving the online world alone for a second, communities in some form have always been around. We rely on them for information exchange, to help us define ourselves and for the connectivity we crave.

When we’ve plonked them on the computer, we’ve given them the name of social media. And become so inspired by the application of social media to marketing, forgotten the principles behind it.

A community manager can run events and bring groups together in the real world with the same talents as the ones they employ in social media.

The essence of community is applicable to all formats.

Your online community is an amplification of the real world

We like to think social media trolls are a new thing but anyone who has ever worked in a customer service role knows this is not the case.

Even trolls are jerks with a touch of disinhibition and their jerktitude amped up by 10x (or 100x depending on the jerk).

Nothing new here. Except maybe the sassy name of social media.

It’s just more prevalent and as a social media consultant, you’ll probably see it more than say a call centre team leader. Mind you, there’s still a whole lot of rage and stupidity.

The baseline of community interaction however remains the same. People can be trolls in schools or workplaces (called bullies), in the suburbs (warring neighbours, anyone?), at football matches (soccer riots, hello!) and other places.

We often identify ourselves by the groupings we hold dear. Then decide to attack people based on them.

This isn’t new in social media. And you are not immune by choosing Instagram over Facebook as your focal platform.

Our communities are formed via sporting affiliations and general interests. We use religion, ethnic and cultural markers. Gender, sexuality and even what we eat can define part of the community we belong to.

The two social media platforms are distinct. They look, feel and operate in different ways. People use Facebook to catch up in a way they don’t catch up on Instagram.

What we get from Facebook is news, ideas, gossip and a very real connection to the people closest to us. Even if we don’t share that same closeness with the rest of the users.

Instagram has more anonymity. It is less about the real world person. It’s visual instead of text based.

The reasons people use it are vastly different.

Any decent social media consultant will know this. And they’ll know if the same tool can work for your audience.

Think about communities and how important they are. The local butcher wouldn’t come to do a presentation at the vegan society AGM. He or she knows that community won’t be sold.

You see, we are more than the demographic information chosen as a focal point by marketers. We’re a tapestry. What we display one one social media is given context by the platform. And by the audience, intent and content. It’s more about you, your content and the user base attitudes changing than one platform replacing another.

They use the platforms differently and at different times. Repeating your content may not go down as well as you think.

Don’t assume that just because the same follower follows you on a different social media that they’ll put up with the same experience.

Think about it. Would you keep switching channels on the TV and want to see the same program just shorter or longer?  Even if you were a fan, you’d want some choice.

Avoid boring, annoying and ultimately alienating your current Instagram fans. You’ve decided to swap focus between the two social media platforms. That doesn’t mean your customers want to have a Facebook user experience.