Why can’t we accept artists as businesspeople?

Why do we have so much trouble coping with artists as businesspeople? You’d think moving away from the starving artist or the tortured artist would have happened in earnest before now. Yet we do love to invest in the mythology of the person who is so creatively talented that they are forgiven their trespasses.

That was of course until #metoo became a movement and we gave up on the crooked fantasy that we all have to suffer because some rich, creepy guy wants us to make art.

More than this though, we’re learning that limited freedom is given in exchange for the chance to be creative.

Why we have to change our attitude towards artists as businesspeople

It opens the door to abuse and misuse 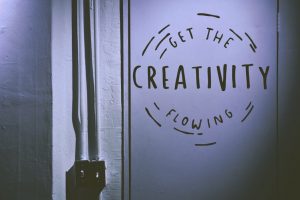 Photo by Tom Mossholder via Unsplash

For too long, all kinds of creative practitioners have been told that to make creative works, you have to play the game. Or you have to be sincerely opposed to money. Or be a jackass.

You’ve also seen creative practitioners who have lived out their abusive fantasies on other creatives. Because people have relied on power brokers to gain the means to produce their projects or have their careers, we’ve institutionalised abuse. It’s continued because it attracts a certain type of person and grooms another.

Harvey Weinstein, Roger Ailes and others are products of a broken system that benefits from creative poverty.

If we start viewing artists as businesspeople, we give them the freedom to move away from these power brokers and situations. We create freedom that allows for people to make better choices. And we normalise ethical and supportive behaviour over that of abusers.

What this has done for such a long time has made our ability to use creative arts, writing, storytelling and the rest to inform people. Regularly, the catch cry in the comments section is about how people should “stick to their art” when politics is involved. That people who create with answering the questions of the time or write or satirise the political situation, they’ve somehow jumped out of their allotted place.

This is complete hogwash. Arts and creative processes have been there to question the politics, the decision making, the ideals and the standards of society since the first bit of rock cave got painted or the first bit of parchment was used to scribe.

If we buy into the mythology that artists make pretty things and that’s about it, there is no true value to them. Yet books and music and theatre and film are all forms of questioning history, regimes and ideologies. Otherwise, why would we have films on World War 2 or even bother with reading in high school?

There’s a trojan horse within creativity that allows us to question what is going on. We explore the viewpoint of the artist in the work to build empathy.

By devaluing the financial aspects of creativity, we’ve in turn sent the message that it doesn’t matter. But it does. Viewing artists as businesspeople gives them the legitimacy they need to influence the usually unreachable. We need to protect that.

Someone has to pay for it

We’ve seen that a reliance on funding has made creative bodies weak to political attack. We can also see the devaluation of journalism playing out alongside a creeping sense of no one ever being held to account again.

Creative arts in history and in modern times are one of the few vestiges where we can speak out against corruption. This is part of the reason why the arts, media and creative production have been dismantled. But if we support creative endeavours and citizen journalism through direct purchase, crowdfunding and other means, we can get back control of the narrative. These exercises however are costly.

Investigative journalism is not cheap. Producing podcasts and online papers may look like a simple side project but they soon grow out of control. Research and facts don’t fall out of nowhere. They have to be uncovered and verified.

We need to understand that if we want journalism or the arts to enact change, we have to be willing to support them. And that if we don’t want bias (the catch cry of both sides of politics), then we need to ensure that the content isn’t swayed by the cheque books of people with agendas.

Treating journalists and artists as businesspeople in their own right means we have a way of ensuring their integrity is not for sale.

It’s been a hallmark of inequality

If you look at the amount of Black rappers who run their own labels and artist stables, you’ll see freedom in action. Dr Dre and RZA from the Wu Tang Clan and other rappers have defined the terms of their creativity through business. They’ve understood what happened to the Motown artists who made the music, only to be discarded from the liner notes and lion share of profit. So, they have licensed and managed their music, created labels for other artists, produced headphones, made films and TV series, merchandise and more to create an empire.

But oddly, despite seeing Beyonce or Dre or RZA as acceptable entrepreneurs, we’ve still decided that to make money is not the artist’s lot. Not until they break the big bucks, anyway.

We’ve invested in the idea that artists are sell outs if they make money off their work. We’ve made it impossible for creativity to remain independent through devaluing the idea of someone standing up and speaking out.

With those of us who are pro creativity loudly condemning creative practitioners for using their platforms, funding their own projects, or calling them sell outs, we’ve missed the fundamental shift that has occurred.

Allowing especially marginalised artists to fund their work means greater representation in the long run. It means we won’t miss out on the seminal album or world changing book simply because the artist at the centre couldn’t take time off from their three jobs long enough to create it.

Viewing artists as businesspeople means giving them the opportunity to first escape the poverty that created the need for their stories in the first instance. We don’t benefit nearly as much from yet another person with money having time to write their memoir as we do when we create the opportunity for a young Indigenous musician to leave home and tell their story.

Creativity and problem solving is a form of upward mobility. Which is another reason why it’s controlled and devalued as much as it is.

Those who have a great time having things remain the same don’t have to worry about having their ideals questioned.

It’s time we realised we’re complicit in keeping people down and silent through our tall poppy syndrome.

Instead, we need to make a stand for creativity.

Want to transform your creative practice and lose the financial cringe? GET IN TOUCH NOW.