It’s OK to have an allergy to business coaching

There’s only so many times you can watch people physically recoil when you use the phrase business coaching before you get a wee bit wise to it. It takes a lot to open up and say those words.

Gosh I wish someone would invent a new phrase. Until I figure out exactly what that phrase might be, let’s stick with what you know. And with the central problem.

Here’s why you might be allergic to the idea of business coaching. And how to make sure you work through what you need to while getting the help you need 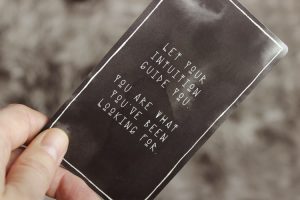 There are a lot of business coaches out there that seem to follow the same track reality TV does. That is, monkey see, monkey do.

Business coaches are often the first people to tell you that you don’t need to have been in business to know how to coach someone. Ok, sure. Maybe not.

But most of us know that there are gaps between the theory and the practice. If everyone is learning how to be a business coach without actually owning a business outside of business coaching, how do they relate to Terry the Plumber or Teresa the Web Developer?

Owning a business is a vastly different beast to reading about it. Or even looking at it from the outside. There’s less risk with reading about how to do something than actually putting your butt on the line and doing it.

Besides, has anyone ever been in a situation where there are a lot of theoretics but not much practical application around? From talking conspiracy theories over wine through to scientists advising on a course of action, one thing remains the same.

Until you get the theory off the page and in a live environment, you really don’t know how things will pan out.

Always make sure the person you’ve chosen for business coaching has at least one successful business and/or product under their belt.

(If you’re wondering about me, I’ve been a freelancer for ten years without the need for a part time job. I’ve co-owned a film production company. I run the Freelance Jungle, so I have intimate knowledge of sole operator challenges. And I was in product design and development before I entered freelance.)

I’ve talked about the manner in which coaching is delivered a lot. Group business coaching situations need to have a curriculum to follow. You are, after all, trying to move a group of people through a program together.

What should not have a predetermined outcome is individual coaching. There are a lot of people that work on a “by this session, they should be doing X” modality. Not everyone is the same, so there shouldn’t be a pre-set expectation of where someone should be.

A proper coach looks at the potential a person has within. They remind them of their strengths. And they coach them through their doubts to explore greater personal heights.

If you don’t start with your ears open and your slate clean for that person, what’s the point? That’s not business coaching. That’s having a captive one-on-one soapbox audience.

Notice how engaged your coach is with your story when you first meet.

Make sure you can see yourself at the centre of the business coaching experience.

A lot of business coaches suck at checking their privilege

I thought long and hard about how to put this the politest way. I may as well say what I need to say.

There are a lot of coaches in the industry that are:

b) With significant personal wealth through partner and/or family connections

c) That come from monied background and high levels of privilege

d) Who have not experienced poverty, significant failure without access to a backup plan.

This is bound to skew anyone’s view about what it takes to create, maintain and prosper in a fully-fledged business.

There’s no denying that people that experience privilege aren’t good at what they do. They can work hard and make a name for themselves. They can coach about money because they know about money.

But can they relate to circumstances outside of their privilege?

A lot of coaches have a confidence in relation to risk. It’s because their level of risk isn’t as high as their client. The process of business coaching means they don’t have to live with the consequences of your actions and choices.

That gap is sometimes incredibly obvious. Take their attitude to money for example.

What’s ten grand to you? Is it your next six months working on your idea? Or is what you would sink during a shopping spree? Is that your year’s budget for holidays or what you’d spend in ten days?

If someone thinks ten grand is church change, their ability to take a ten grand risk is going to be higher than someone who doesn’t.

I’d also argue that if they feel nonplussed about ten grand, they may also feel a similar ambivalence with charging you that amount for sod all. Unfortunately.

And that’s why the business coaching industry often looks like a pyramid scheme.

Plus, the industry doesn’t reflect or even recognise privilege makes situations easier for some. Privilege opens doors. Poverty, BIPOC, sexuality, disability, and exclusion – they all create barriers.

Until the business coaching industry recognises these kinds of issues, it will continue to have a reputation problem. it needs to stop with the whole coverage of “they didn’t hustle hard enough” and recognise there is a hustle at play of a different kind. Until there’s some soul searching, it will continue to come off as a playground for those who can afford to give out the advice. Or who profit off the dreams of others.

While it sounds glamorous to follow the person who has all the things on your vision board, how relative is their experience to yours? Consider whether you are ignoring their privilege- or whether they are.

Also, tie what you want to your values. Not the extrinsic goals. Yet, profit and profile matter. But not as much as connecting with purpose. Unless you need someone to help you get over money cringe, don’t choose someone who uses their wealth as their claim to fame.

You can make money selling crap people don’t need and justify it by saying you make a lot of money doing it. That doesn’t mean it is suitable for everyone.

You’ve spent a lot of money for no return

One of the most common issues I hear from small business owners and freelancers alike is the lack of ROI. You’ve spent a lot of money on coaches and business coaching programs with little to no return.

In fact, most of the time it’s that you wanted to get out from overwhelm and you’re in deeper than before. You feel positively incapable. And you’ve spent money you saved up only to find it didn’t pan out the way you wanted.

There are a few things to unpack here.

Sometimes, the coaches you work with are going to shoehorn you into their way of thinking like an ugly sister into Cinderella’s slipper. Because you don’t match, it won’t work. That’s why it’s so important to check to make sure your chosen coach is listening to what you need.

If it’s about them and their roadmap, of course it won’t be about you!

The next point to consider is that decent coaches will know how to challenge you. Sometimes, people seek business coaching to get validation. Yet it is unfair to allow a coaching client to remain unchallenged if validation is all that they seek.

A coach has to have the courage to call you on your bullshit. Challenging you to let go of safety blankets, ideas that don’t service you and fairy stories is part of the job.

Your coach needs to be brave enough to say things like “you’re not ready for that step yet”. Or to check in with your motivations to make sure you’re not mimicking what you think is appropriate to do next.

In business especially, we get suckered into the low hanging fruit trap when we’re ready for a change. It looks like an idea people will buy, so we figure we may as well do that.

Having a coach rubber stamp that is the worst moment of your relationship. Why? Because it means that they aren’t listening and are merely playing along.

You have to be willing to cut the pumpkin in half to eat the deliciousness within. You have to sweat a lot to get the pumpkin ready. You can’t will the skin and seeds to pop off by themselves. And that means sometimes, hearing stuff you don’t want to hear and getting the odd reality check, too.

Finally, coaching doesn’t fix you. You do the fixing. The coach supplies the accountability, tools, and the structure. It’s not some magic steps to finally having your head on properly.

Business coaching is a lot like fitness training or rehabilitation after an accident. You have to be at a certain point of wellness and readiness to take the next step. It means accepting responsibility for the role you play in your business life. And doing homework, making sure you think about the sessions, and challenging yourself to change.

Fundamentally, coaching is switching from a fixed mindset to a growth mindset. If either you or the coach have already decided the path you’re going to take, you probably won’t get the relief you need.

Approach business coaching with an open mind. Look for and embrace the opportunity to change and grow. Don’t expect the coach to have all the answers, and don’t hire the ones that think they do. Look for collaboration, a safe environment to get vulnerable, and the opportunity to grow.

Sick of the standard business coaching relationship? CHOOSE A COACH THAT CARES ABOUT YOU. Try me on for size.